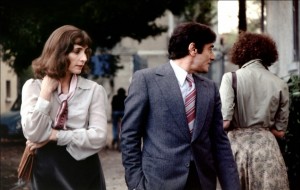 On Friday June 21st : music festival. The summer is FINALLY there.”Like certain animals, women practice the hibernation. During 4 months, they disappear: we do not see them. Like if they had given themselves the word, like if they had received an order of mobilization, they appear by tens in the light streets in dress and high heels. Then, the life begins again… finally… we can rediscover their body.”

I thought sincerely that it would be the big party of the year, that I was going to be able to approach hundreds of girls on the street and kiss easy peasy something like thirty women. It is a concept which makes dream, I grant you that, because when we have a walk in the street we have the impression to see hundreds of hotties. “But what have all these women of more than those that I already know… and well exactly what they have of more, it is that they are unknowns…”

But several factors have to be considered to understand all the difficulty of the thing :
– The city was not a huge club : The alcohol, the women and the music were certainly there but that was still street pick up… with the social conventions we know.
– I had decided to do crash&burn : to realize cold approaches like “are you hetero ? have you got the mononucleosis ? are you a good kisser ? would you like to eat my mouth?” The thing with this technique it is that we put directly the women at the foot of the wall (if we game serisously, we can have a much upper success rate). First of all : the approach is awful… I mean, it is very practical from our point of view but it would work only in an ideal world. The women can be taken by surprise, can want to put back in place a slightly too confident man, etc. Observation: it is always the less beautiful who are the most aggressive. “Some are so beautiful seen from the rear that I delay the moment to arrive at their height to don’t be disappointed. To tell the truth, I am never disappointed because those who are beautiful seen from the rear and ugly (frontal view) give me a sensation of relief because, unfortunately, we cannot have them all.”
– “The legs of the women are as compasses which measure the globe in all directions, giving it its balance and its harmony.” It is a fucking sport to run after them later on the pavements of this damned city : There were thus moments of euphoria and moments of Mo-Djo reduction during which I rested, sat on a bench like a plague victim.
– I played approximately 4 hours, but I needed almost one hour before being warm enough to realize my first approach. Fortunately, my buddies practiced the “punishment/reward”: a slap when I didn’t approach an easy group, and I had given my money to the captain who gave it back to me in account-drop when I moved my ass. To don’t lose the account, a felt-tip pen accompanied me in my adventures, a line on the arm for every success… As a consequence, my prize list tattooed me with love.

I approached a set of three sat on la Rotonde. “Would you like to kiss me?
– oh yeah she would like” answered one of the friends of the target. The cutie in question did not dare too much and turned red then God knows why, her buddies proposed “if you want we kiss him first”. So much the better, “Me I love them all!” Then, I left by thanking them, because I had no time to lose… “When I had met her, to make her conquest, I had given her the impression of wanting to be part of her life, but not at all. It is an error that I avoided committing afterward.” Three lines.

I scored thanks to two twins on le Cours Mirabeau, chatting under a tree. One with glasses, one without. Easy to differentiate them! Two lines.

Confident and totally disinhibited socially speaking, I intended secretly to make a video in which you would see me breaking the social standards and kissing girls in daygame with this technique. When, suddenly, a girl seated on the ground against a statue looked at me. Direct in her face “would you like to kiss me?
– heu maybe, I dunno…
– well, no time to negotiate, sorry.” And I left (I look only for spontaneous players like me). She will have an anecdote tell to her friends. The indicators of interest… it is good for seduction, cold approaches… for crash&burn !

I stopped a group of girls in the street “excuse me, would you like to kiss me?
– me I would like” answered one of them. I kissed her. Her friend took her by the arm “WTF are you doing ?!” and they left. No prob, one line. Moreover, this one was really really hot…

I stopped two others in the street. I used the same routine. One kiss / two girls. The other “no thanks but thanks for asking”. One line.

A group of three sat in an alley. “Yo chicks, would you like to kiss me ?
– what is wrong with you?
– If I tell you that it is a bet, that ruins everything?” one got up and kissed me. The two others were hesitating but my policy was to do not game them. Only cold approaches, and a bad one, what makes that the girls did not reject ME but the APPROACH (I mean I hope… lol). Indeed, I had a lot of excessive negative reactions, so much that they didn’t mean anything (if you knew all what I took in the mouth that night… but I try to stay positive). One line.

Rue de la verrerie, a girl in the line of a club. “Would you like to kiss me?
– yes” Kiss. “Second question, did you make love today yet?
– no…
– are you interested ?
– yes… but right now I have to go back with my friends.
– OK, take my number and call me at the end of the night, moreover I have just adopted a kitten, you can see it.
– All right, I take your number.” I don’t like to take their phone number : I know that it is nevertheless what it is necessary to do in theory, but I so distinguish the very interested girls and the others. Then, I do not complicate things (to call them back), and it is the main part.

I hope I am the inhabitant of Aix who kissed the largest number of girls that night, even if my score disappointed me. I will go back to training.

May the God of the Game be with you !